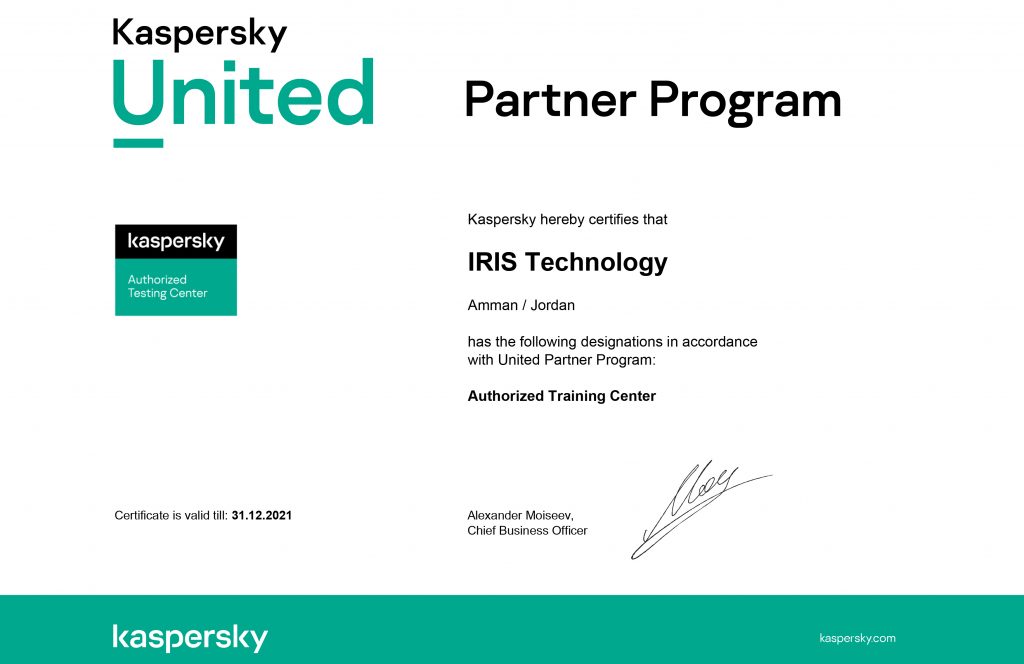 IRIS Technology & Kaspersky has announced the launch of the first of its kind a new #Authorized_Training_Center in the Middle East Region.

All Instructor-Led Training sessions at the Authorized Training Center are conducted by Kaspersky certified trainers only using the courses developed at Kaspersky and combining theoretical material with practical work that allows the actual application of the knowledge and skills received. 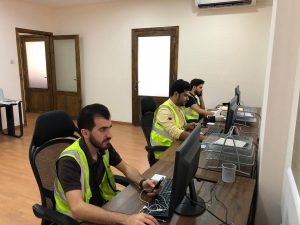 According to the Group, each location was linked to three communication services through its operations centers that were allocated to the electronic project for parliamentary elections, through its network that included about 8,500 computers connected to the main and backup centers, which were equipped to complete the process of transferring and exchanging data efficiently during elections.

The group highlighted the coordination and cooperation with IEC, according to which, during September, it trained around 500 staff from the Ministry of Education and employees on electronic link systems from the southern, northern and central regions, and provided them with the skills to train others in preparation for the elections by training more than 9,000 employees of the Ministry’s staff on how to operate the electronic link, starting from voting, sites and ending with the main and backup information centers of the independent commission.

The Jordan Telecom Group – Orange allocated more than 500 employees and experts to work on the electronic link project throughout the period of preparation for the elections, in addition to establishing a special operations place to manage and support all field operations during the elections.

Chief Enterprise Officer at Orange Jordan, Eng. Sami Smeirat, stated that the partnership between IEC and Orange is a deep-rooted partnership, where the group handled linking the parliament elections electronically previously efficiently, and the company organized the entire process across the kingdom remarkably.

Smeirat assured that the continuous work between the two parties affirms Orange Jordan’s position as the Kingdome’s digital partner, and the network’s advancement, and Orange Jordan’s vast technical and human capital’s capabilities to organize the electronic connection for this significant democratic event.

Chief ITN & Wholesale Officer Eng. Walid Al-Doulat, said that the Group connected the polling & counting centers with the main & secondary information centers through a private, closed and secure network in accordance with the highest standards of security and protection, in addition to providing backup services in all centers to ensure a secure and reliable connection with unprecedented speeds and the ability to absorb manage the vast amount of data that was transferred between the units and electoral centers.

IEC affirmed that the cooperation with Orange Jordan this year is a continuation of the strategic partnership, which resulted in conducting the electronic connectivity operations in previous elections efficiently, by employing superior technical and human resources and leading services in order to achieve the requirements of this democratic process, praising Orange Jordan in playing an effective role to support the Kingdom in this national event, stemming from its commitment to everything that matters to Jordanians and contributes to the progress of the nation. 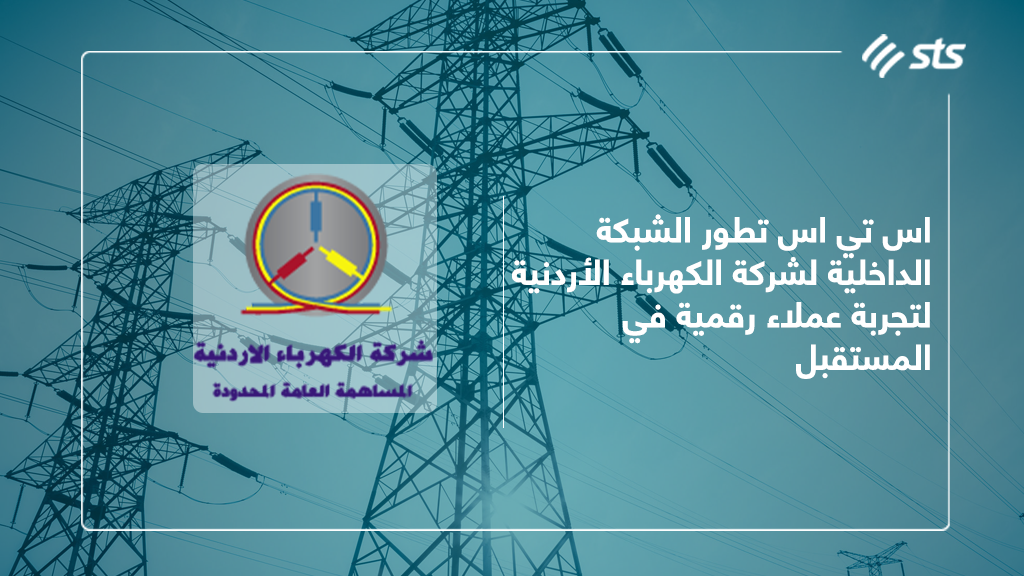 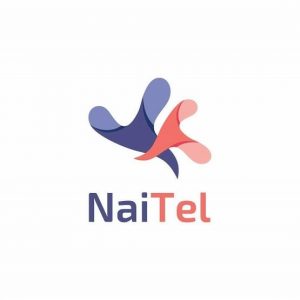 IRIS Technology has been recognized as the Growth Partner of the Year 2020 by Fortinet!

Another achievement has been added by demonstrating immense growth over the past year was based on commitments to secure customer’s networks using Fortinet Solutions. 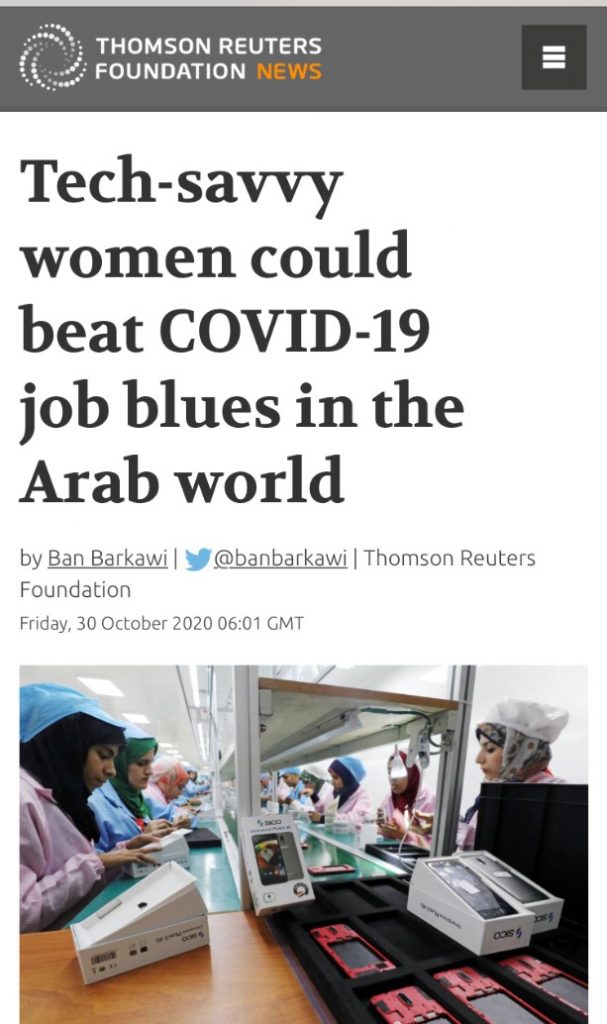 The story highlighted the success of EFE’s-Jordan trainees, Walaa Shahahdeh, among several women in power positions who shared their work experience stories during these turbulent times.

Wala’a who has her own business repairing smartphones, said her services were in high demand among women in her conservative Jordanian community who did not want men seeing personal photos on their devices. 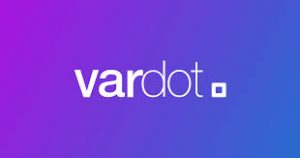 Representatives from Nuqul Group and Vardot Enterprise Web Solutions have signed an agreement to build the group’s digital experience.

To reinforce its reputation as one of the most innovative conglomerates in the region and the world, Nuqul Group intends to build numerous digital experiences for the various properties under the holding management – creating in the process an interconnected ecosystem of cutting-edge digital experiences that represent Nuqul Group’s vision and values.

“Global enterprises typically have complex technical requirements to ensure that their strategic digital objectives are reached. Drupal has yet again proven to be the ideal technology, and Vardot is looking forward to creating a successful digital experience and story with Nuqul Group.” – Mohammed Razem, CEO of Vardot

Keeping in mind the constant need to evolve and personalize their digital presence, Nuqul Group required superior expertise and technology that is constantly supported and flexible enough to enable seamless upgrades and customization.

Nuqul Group’s key digital requirements prioritized having an engaging user experience with an optimized user journey, and a user-friendly multilingual CMS backend for their non-technical team. In addition to enterprise-grade security, superior content publishing workflows, the ability to build multiple websites managed centrally by one CMS that is supported with automated upgrades 24/7.

As such, Nuqul Group opted for Varbase – an open-source Drupal CMS that aligned with their immediate and long-term IT requirements and digital transformation objectives.

Vardot and Nuqul Group partnered up to deliver the design, development, and support of the group’s websites and digital experiences in phases. Progress on designing the User Experience (UX) of the new Nuqul Group website is already underway with development to be completed in Q4 2020.

“This is the beginning of an exciting journey with Vardot. In this increasingly digital world, we are committed to reflecting the Nuqul Group brand and values in the best way possible.” – Elia G. Nuqul, Owner and Executive at Nuqul Group.