Watch the full episode of UNCAGED with the founder and CEO of Eastnets  Mr. Hazem Mulhim HERE 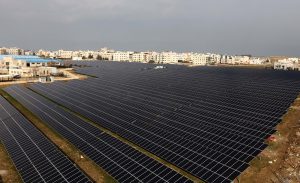 As the world marks World Environment Day on June 5, Orange continues to accelerate its solar projects in Africa and the Middle East to reduce its carbon footprint to zero by 2040. Across the entire region, many sites are not connected to the electricity grid and when they are, the quality of the grid often requires alternative backup solutions. To avoid using generators that run on fuel (fossil energy that emits CO2), Orange is putting in place several initiatives such as solar panels.

In several of its subsidiaries, Orange is deploying innovative solar solutions and the latest generation batteries with partners specializing in energy. To reduce its environmental footprint, the Group is positioning itself in these countries as the biggest deployer of solar panels, with a renewable energy use rate already at over 50% for Orange Guinea, 41% for Orange Madagascar and 40% for Orange Sierra Leone.

These solar panel solutions have also been or will soon be deployed in other African and Middle Eastern countries where Orange is present, like Liberia, for instance, where 75% of Orange’s telecom sites are equipped with solar panels. In total, Orange has installed solar panels at 5,400 of its telecom sites (some 100% solar, others hybrid) saving 55 million liters of fuel each year.

Furthermore, in Jordan, Orange has launched three solar farms to switch to clean and renewable energy helping to reduce its carbon footprint. In 2020, these solar farm projects covered over 65% of Orange Jordan’s energy needs. Since 2018, the company has successfully reduced its CO2 emissions by 45 kilotons thanks to this solar infrastructure.

Alioune Ndiaye, CEO of Orange Middle East and Africa says: “We are proud to be the first company by number of solar panels in 5 countries in Africa and the Middle East. As a stakeholder in the energy transition, Orange has included in its Engage 2025 strategic plan the objective of meeting 50% of the Group’s electricity needs from renewable sources by 2025. We are aiming for net zero carbon by 2040.”

Orange is present in 18 countries in Africa and the Middle East and has around 130 million customers as at March 31, 2021. With €5.8 billion in turnover in 2020, Orange MEA is the Group’s main growth region. Orange Money, with its mobile-based money transfer and financial services offer is available in 17 countries and has 50 million customers. Orange, a multi-service operator, benchmark partner of the digital transformation, provides its expertise to support the development of new digital services in Africa and the Middle East. 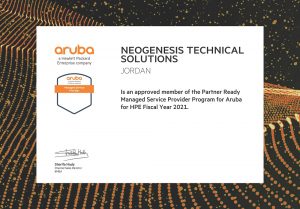 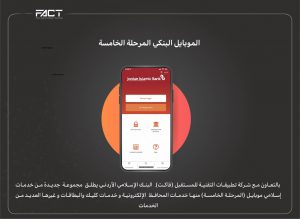 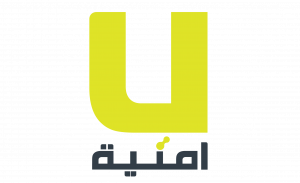 The programme is the second collaboration between CHAMS and Na’amal
The bootcamps are located by the Zaatari Refugee Camp and in Amman
30 March 2021, Amman and Mafraq, Jordan – UNHCR partner, CHAMS, has launched a coding
bootcamps with Na’amal for six months, to provide refugees and vulnerable populations with
the skills and networks needed to access dignified livelihoods through remote work. Through
coding, software development and soft skills training, students will graduate as junior full stack
web developers with a paid internship and personal mentor. The bootcamps, which include
thirty-three students including eighteen female students, 14 March 2021.
The CHAMS – Na’amal partnership enables a network of holistic support for refugee learners.
CHAMS will provide training using blended innovative methodology for coding, while Na’amal’s
“Workplace Readiness Programme” will teach learners the soft skills to navigate a remote (as
well as co-located) work setting. The curriculum will include interactive virtual workshops on
key skills for remote work on topics such as communication skills, time management, stress and
conflict management, and also individualized virtual English classes. Culminating in a six-month
paid internship, graduates will also have the support of a personal corporate mentor to further
develop their professional skills and networks.
“CHAMS has been operating in Mafraq, Jordan since July 2019 and has successfully accomplished
its pilot project; consequently, a group of 22 Jordanians and Syrian Refugees have benefited from
the project and were graduated as Full-Stack Web Developers. We welcome the cooperation with
Na’amal which will eventually create livelihood opportunities to refugees and youth from the
host community,” said Gamal Yacout, the Head of UNHCR Mafraq Sub Office, Jordan.
Discussing the importance of the programme, Na’amal Co-founder and Director, Lorraine
Charles said, “Skills training for work in remote contexts is essential to any worker in the
current digital economy, but even more so for refugees and other vulnerable communities
seeking to advance and sustain careers across geographic borders. Na’amal aims to provide the
opportunity for refugees and Jordanians to gain the skills to access dignified digital remote
work.”
“Despite COVID and the scarcity of funds, we are pleased to launch our two cohorts this year
with a new coding bootcamp in Amman, where 50% of Refugees are living. Through our
strategic partnership with UNHCR Jordan and Na’amal, we are convinced that learning how to
code and remote job soft skills, will set Refugees and vulnerable populations on the path for
sustainable jobs. The programme is also closely in line with growing regional ambitions to move
towards innovative digital economies” said Sofiane Ammar, Founder of CHAMS.
The rise of technology and remote work employment presents a unique opportunity to connect
and link refugees with the global economy through remote-based employment positions. The
global talent gap has been widely acknowledged. Many global companies struggle to find the
talent they need at a reasonable cost. A business case can be made for hiring refugees remotely.
The untapped workforce represented by refugees and other underrepresented communities,
who have been trained with technical and soft skills, could address the skills shortage. By hiring
refugees remotely, companies can save, benefit from having a diverse workforce, and at the same
time provide social impact. 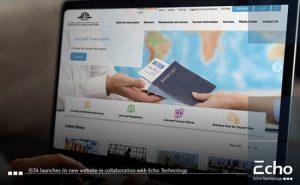 Jordan Society for Tourism and Travel Agents launched its new website in collaboration with Echo Technology under the domain name www.jsta.org.jo following the latest international standards and technologies in design to keep pace with the latest global developments and provide all information in a clear and modern way to clients.

The website provides the visitor with various information and details about the association, members, membership and licenses, tourism information, services, the media center and more information related to the agency and its work.

The website is managed using EB V4.0 content management system by Echo Technology that proved its efficiency and effectiveness in providing high capabilities in terms of editing and publishing content through an easy and user-friendly experience.

The EB V4.0 CMS provides a strong foundation for comprehensive digital management through its: