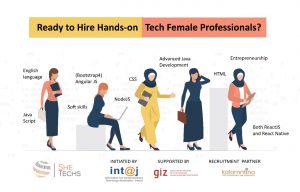 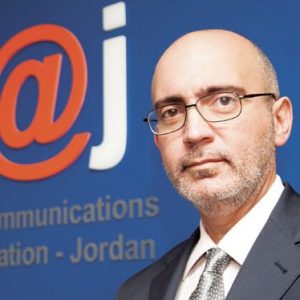 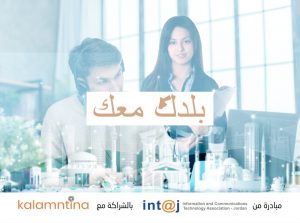 int@j and Global ICT Training & Certification, in partnership with Connection of Things (COT), launch the first IoT Training and Certification Program in Jordan and the Arab world 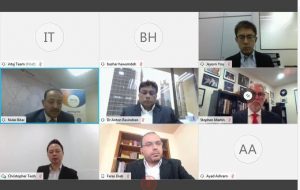 Amman 26 of August
During a virtual event, the Information and Communications Technology Association of Jordan (int@j), announced the launch of the first international Internet of Things certification in Jordan and the Arab world, offered in partnership with the Global ICT Training & Certification from Singapore and its Authorized Partner, Connection of Things (COT) Company (Jordan).

This certification is part of the Memorandum of Understanding signed between int@j and GICT, during His Majesty King Abdullah II’s visit to Singapore in June 2019; Aims of this MOU is to establish a framework of institutional cooperation between both parties.

int@j Chairman Dr. Bashar Hawamdeh welcomed the guests from Singapore as well as the other participants. He also emphasized int@j’s role in facilitating the GICT-COT partnership to offer this very first certification in Jordan and the Arab world.

Dr. Bashar Hawamdeh stated that in terms of training and qualifying a generation to work with modern technology and big data towards a technologically advanced future—this certification comes at a crucial time, adding that the future would demand everyone to be digitally savvy.

He added that the Internet of Things will is rapidly being integrated and adopted by all verticals/domains of the industry, government, and society.

TRC Chief Commissioner Dr. Ghazi Jbour said that the country is looking forward to applying the latest technologies used worldwide and that a clear strategy will be introduced for the adoption of Internet of Things in all sectors.

He added that the Commission has reached a decision last month on the Internet of Things as an enabler for numerous services and across different sectors including water, electricity, and transportation, as Jordan has the capabilities to leverage from the advances in technology. He expressed his pleasure of the partnership between Jordan and Singapore in this field, as Singapore is at the forefront of ICT worldwide.

GICT Founder & CEO Dr. Anton Ravindran stated, “The future of IoT has limitless potential and its impact will be greater than the web. Advances to IoT will accelerate through increased network agility, artificial intelligence (AI), and continued advances in cloud and edge computing. He added that a lack of skills and security are among the challenges generally facing optimistic IoT adopters. GICT’s IoT training and certification will help you build and enhance your skill sets.”

GICT Chairman Prof. the Hon Martin said, “The world we live in today is significantly different from what it was 5 or 10 years ago and the pace of change continues to rapidly increase. Technology-driven by digitization has unraveled new paradigms. GICT’s ICT certification programs are offered in the region through its partner network. These programs are offered both in the classroom as well as virtual and have trained and certified thousands of IT professionals over the last decade.”

COT CEO Feras Diab stated that the training & certification program is scheduled to begin within a month. He stressed that this training and certification program enables recipients to acquire the skills necessary for deploying the Internet of Things applications. He added that such programs will assist in “building a career” and not merely “finding a job” by transferring technical know-how and expertise.

Mr. Diab further commented that it was time that these professional programs enter Jordan and that the Internet of Things provides huge potential for startups, allowing them to grow in the region.

He added that Jordan is late to leverage from IoT to develop smart cities and called for concerted efforts between the government, universities, and companies to create a suitable environment to leverage from Internet of Things.

He added that the TRC has approved several protocols related to the Internet of Things and that local telecom companies have begun to adopt and implement IoT solutions, as they are a major driver for the ICT sector.

He also thanked int@j and GICT Training for their support towards this initiative. 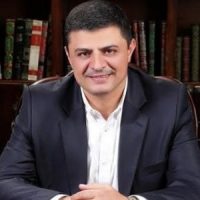 IFC, a member of the World Bank Group, signed an agreement today with Jordan’s leading ICT Business Association to support companies in the sector in creating resilient and inclusive workplaces for women and men.

Through the partnership, IFC and the Information and Communications Technology Association of Jordan (Int@j) will help member companies attract and retain Jordan’s large and underutilized female talent by creating flexible, family-friendly workplaces and addressing issues related to the COVID-19 crisis. Women are disproportionately affected by job losses in the crisis, while already representing just 15 percent of Jordan’s workforce, one of the lowest rates in the world.

Jordan is emerging as a technology hub in the Middle East and North Africa with the ICT sector employing over 16,000 people and contributing about 14 percent of gross domestic product. Women make up about a third of jobs in the sector and occupy about one in five leadership positions.

Dr Bashar Hawamdeh, Int@j Chairman, said: “The effective and equal participation of women in the workplace creates a more positive and productive environment. We hope to leverage IFC’s global knowledge and build on our own previous experience to help boost women’s employment in the ICT sector and contribute to the digital economy transformation.”

Under the initiative, IFC will train key staff at Int@j member companies via a series of webinars on how to support employees, including topics such as addressing mental health in the workplace, child-care needs, and work–from–home and health and safety challenges as a result of Covid-19. The series will allow Jordanian firms to come together for knowledge sharing as well as learn from international experts. In close collaboration with the Jordan National Commission for Women (JNCW), non-ICT companies will be invited to register and join the webinar learning series.

“The private sector can play a key role in increasing women’s participation in the economy, which is essential to drive growth. We hope this partnership and the educational programs that we launch together will help level the gender playing field in the ICT sector and spur it to even greater heights,” said Dalia Wahba, IFC’s country manager for Jordan, Lebanon and Iraq.

The project is part of the Mashreq Gender Facility (MGF), a World Bank–IFC initiative with the governments of Canada and Norway, which aims to strengthen the enabling environment for relevant stakeholders to identify and address constraints to women’s economic participation and improve their access to economic opportunities. It is implemented in Jordan in coordination with the JNCW.

About IFC
IFC—a sister organization of the World Bank and member of the World Bank Group—is the largest global development institution focused on the private sector in emerging markets. We work in more than 100 countries, using our capital, expertise, and influence to create markets and opportunities in developing countries. In fiscal year 2019, we invested more than $19 billion in private companies and financial institutions in developing countries, leveraging the power of the private sector to end extreme poverty and boost shared prosperity. For more information, visit www.ifc.org.

About the Mashreq Gender Facility:
The Mashreq Gender Facility (MGF) is a 5-year Facility (2019-2024) that provides technical assistance to Iraq, Jordan and Lebanon to enhance women’s economic empowerment and opportunities as a catalyst towards more inclusive, sustainable, and peaceful societies, where economic growth benefits all. Working with the private sector, civil society organizations and development partners, the MGF supports government-led efforts, country level priorities and strategic regional activities that strengthen the enabling environment for women’s economic participation and improve women’s access to economic opportunities. The MGF is a World Bank – IFC initiative in collaboration with the governments of Canada and Norway. It is mainly supported by the Umbrella Facility for Gender Equality (UFGE) with contributions from the governments of Australia, Canada, Denmark, Finland, Germany, Iceland, Latvia, Netherlands, Norway, Spain, Sweden, Switzerland, the United Kingdom, the United States, and The Bill & Melinda Gates Foundation.
Read More