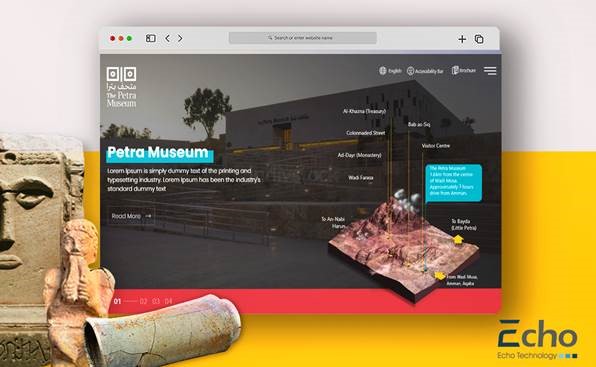 The Japanese International Cooperation Agency (JICA) launches Petra Museum website in collaboration with Echo Technology under the domain www.petramuseum.jo following the latest websites design and development technologies aiming to enriching, translating, and clarifying Petra historical content of the Museum and providing it in a clear and modern way to the audience along with keeping pace with the latest global development technologies. 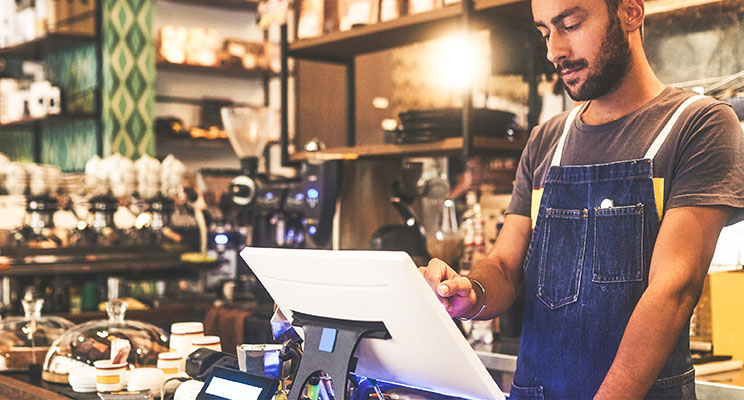 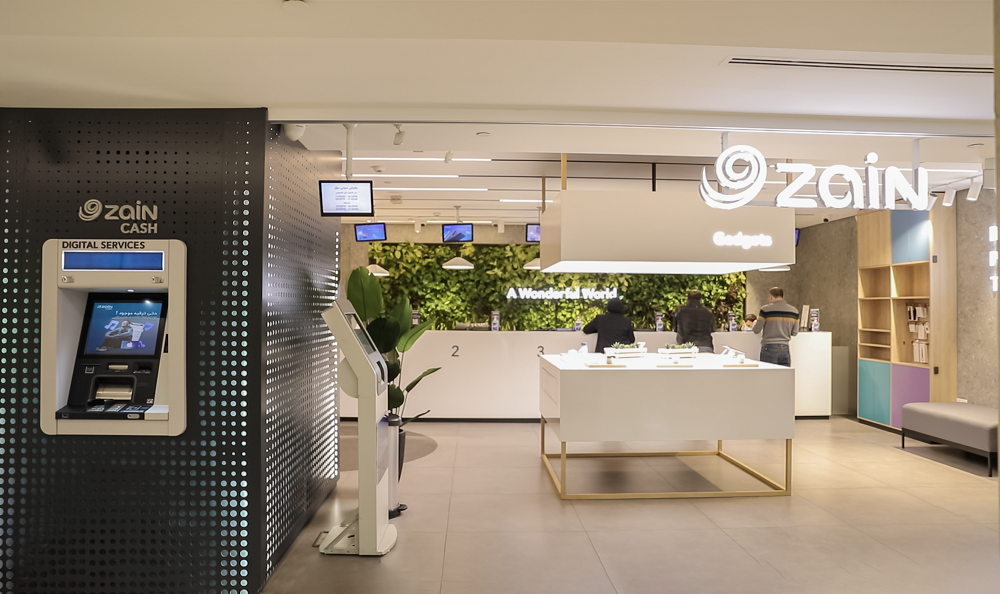 CRIF Information Technology Solutions is a proud member of EDAMA 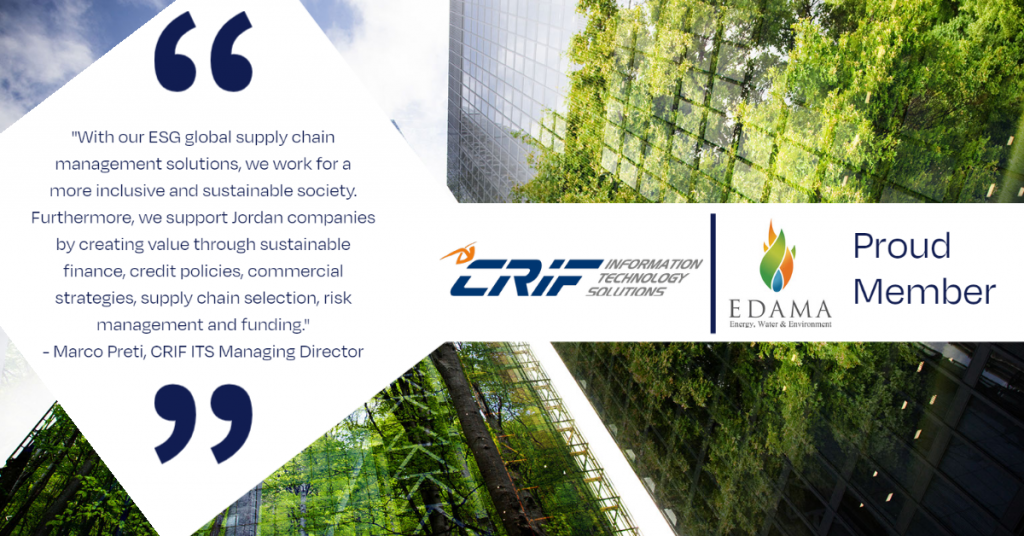 CRIF Information Technology Solutions is a proud member of EDAMA,  a Jordanian NGO established in 2009 in response to Jordan’s energy, environment, and water security needs. As a Business Association, EDAMA cultivates an environment where innovative solutions for energy and water independence and environmental conservation emerge.

CRIF Group has long been committed to digital and financial inclusion, working responsibly to deliver innovative solutions that improve access to credit and enable excluded and underserved people to access financial services. While improving social inclusion, and thereby

CRIF Information technology Solutions now provides the Jordan market with Synesgy, the new generation sustainability platform, we are happy to be the digital solution partner of companies that pioneer ESG criteria.

For more information contact us at crif_its@crif.com or visit https://www.synesgy.com/it/

Categories: Members News
Since 2002 Aspire has been a major IT provider to the whole globe.
With more than 400 employees, Aspire continues to evolve and expand becoming a leading provider in the IT industry. Coping with our evolution process we are CHAMPIONING DIGITAL TRANSFORMATION.
Introducing Aspire’s new look launched during the company’s 20years anniversary celebration 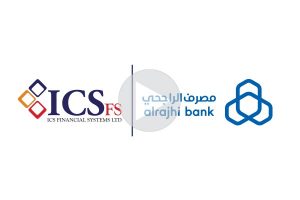 Al Rajhi Bank – Jordan is a foreign branch of Al Rajhi bank – the largest Islamic bank in the world – operating in the Hashemite Kingdom of Jordan since 2011. The bank provides all financial, banking, and investments services – in accordance with Islamic Shari’a rules and under the applicable banking law.

The bank grew its network to 10 branches and over 46 ATMs in Jordan, covering the top three populated governorates of Amman, Irbid, and Zarqa. The bank meets the financial requirements and reaches its growing number of corporate and retail customers; by providing a wide spectrum of Islamic-compliant products and services.

Al Rajhi initiated its Universal & Digital Banking study and replacement project a couple of years ago, and opted for a fully-fledged Islamic banking platform and a holistic digital banking platform from ICSFS, to elevate financial services offerings to their valued customers. The study covered many international systems that participated in the international tender process. The bank will be utilizing ICS BANKS’ open banking and financial software products that are built on a fully-fledged digital ecosystem with; international standards, real-time business processing, and value-added capabilities of tailoring products, on-premises, hybrid, or cloud.

ICS Financial Systems was chosen for: 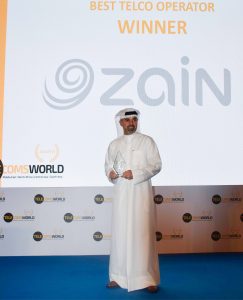 The European Union (EU) and Orange Jordan inaugurated on Wednesday the Orange Digital Village in Aqaba, and the Women Digital Center at Princess Basma Center for Human Development, as part of “Innovation Space”, marking a continuation of the EU and Orange’s joint efforts to support youth in digital and entrepreneurial fields. This three-year project is co-funded by the EU’s “Innovation for Enterprise Growth and Jobs” program.

Moving forward towards achieving the EU and Orange Jordan’s common goals of “training for employment”, the digital village in Aqaba comprises a coding academy that provides training in programming languages and personal skills required in the labor market for seven months, including a one-month internship.

The newly inaugurated village also includes a Fabrication Lab (FabLab) that offers training in the latest machines, tools, and programs in this field, such as laser cutting, CNC, and 3D printers, to create prototypes that will grow into entrepreneurial projects.

In the context of the “Innovation Space” project in Aqaba, the EU and Orange Jordan also inaugurated a Women Digital Center at Princess Basma Center for Human Development in partnership with the Jordanian Hashemite Fund for Human Development (JOHUD), attended by PMO Director at the Fund, Dina Alaeddin. The Center is an extension of the successful program, which includes 8 centers in seven governorates, implemented by Orange Foundation and JOHUD to empower women with managerial, digital, and marketing skills needed to support their projects.

The expansion of Orange digital programs in Aqaba will empower more youth, as it is expected to reach around 1000 beneficiaries/certificates, as it will cater not only to Aqaba, but also the surrounding villages and nearby southern cities.

Additionally, Orange Jordan and the EU launched an incubator and startup accelerator to support entrepreneurs in Aqaba and enable them to scale up.

EU Ambassador H.E. Maria Hadjitheodosiou stressed the importance of mainstreaming digital entrepreneurship and innovation culture across the Kingdom, which are key to creating employment opportunities for Jordanian youth. “The core of the “Innovation Space” project is about increasing the opportunities for employment, creating local value and enhancing the capacity of small and medium enterprises and entrepreneurs to innovate. Reaching out to youth, students and entrepreneurs all across the country in order to enhance their digital skills is an essential element of this project.”

CEO of Orange Jordan, Thierry Marigny, expressed his excitement about the extended digital programs at the Orange Digital Village in Aqaba and the new digital centers executed in partnership with JOHUD, as they will offer youth in the southern governorates the opportunity to benefit from free digital programs in the most in-demand skills in the labor market, as well as the support provided to launching and growing startups.

Marigny said that this step aims to enhance innovation culture on a larger scale in Jordan and enable more beneficiaries, noting that the “Innovation Space” project seeks to increase the number of beneficiaries to more than 20,000 in 29 locations across the Kingdom.

He also noted that these projects fall under Orange Jordan’s comprehensive social responsibility strategy, and its role as a responsible digital leader, seeking to curb the unemployment rate, and increase employment opportunities for youth across the Kingdom, while supporting entrepreneurial and ambitious projects that will drive economic growth.

The EU-funded “Innovation Space” is a pioneering initiative in Jordan and a one-stop shop for digital innovation and entrepreneurial support. It introduces digital culture, fosters digital skills, especially among women and youth, and promotes and nurtures entrepreneurship by identifying key opportunities for digital economic growth. 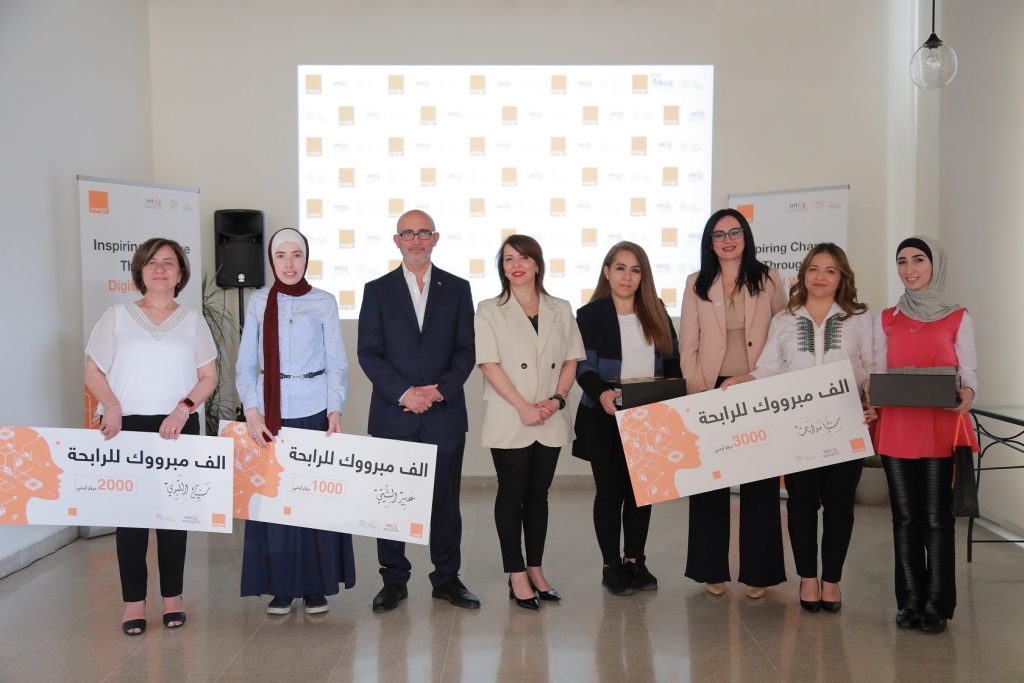 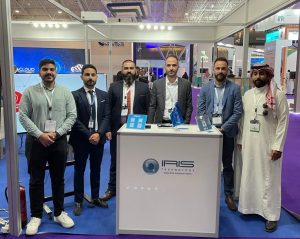 We would thank everyone who met the IRIS Technology team and visited our booth, It was interesting and the team enjoyed enlightening discussions & gain great memories!.